Skip to content
Had a lay-in, showered (in The Van with the bleedin’ shower blocks being closed 😡 it should be a reduced 💰 rate – don’t get me started !!!) and had brekky outside in the glorious Devon sunshine ☀️

Got on the bike and today ventured to Torquay – which is the REAL English Riviera !!!  Truly – today – with the temperatures and the surroundings – I felt like I was in Europe 🇫🇷 – not the UK 🇬🇧

So we parked the bike, I took off my leggings & fleece (needed for the bike) and we wandered along the Victorian harbour side – it was idyllic 😊 Children catching crabs, adults and children fishing, and some wonderful street music – a guy on a small square electric guitar and another on a didgeridoo – it was tremendous and I was bopping along 💃

Lunch was in a fish & chip restaurant in a prestigious position on the front – so fish & chips twice and 2 ciders cost £42-something (Aunty Et will be turning in her grave) but it was SO worth it – best fish & chips EVER and lashings of tartare sauce & mushy peas. Dave (just about) managed it but I left a few chips & peas – YUM 🤤 (bang goes tonight’s BBQ – we can’t manage it !!!)

I wanted us to go on the “Torquay Eye” but Dave wouldn’t 😐 (if I  had been truly fussed, I would have gone on my own)…

Then we went on the Land Train (which you COULD apparently “hop on and hop off” but – in true English style – we hopped on at 3:45pm and were duly informed it was the last loop of the day !!!)  Ah well, you win some, you lose some !!!

Bibbed back, got a few rays in (Dave said he felt like he’d had a bit too much soon but I gave him a squash and some paracetamol and he’s playing his sax (beautifully) as we speak… 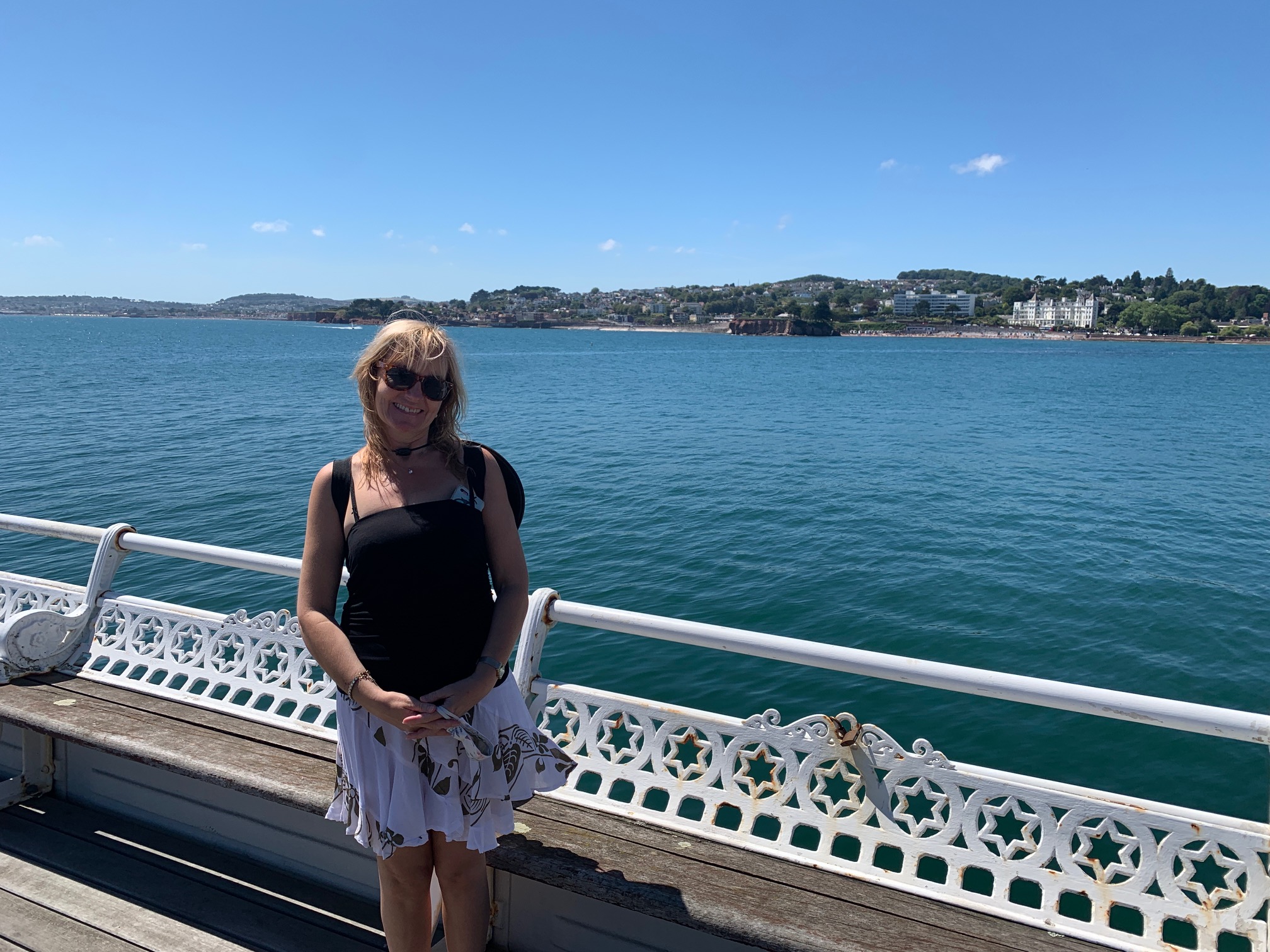 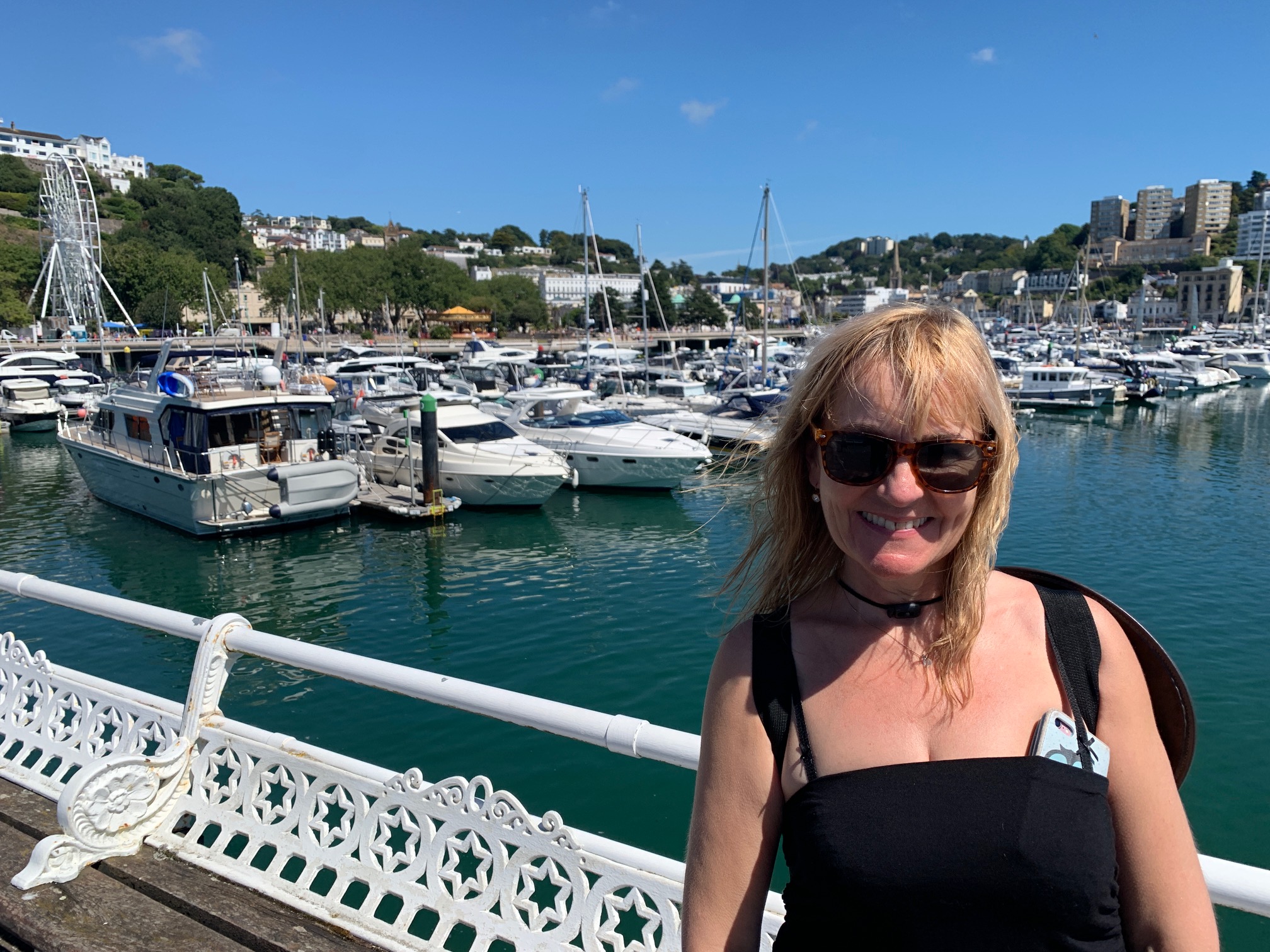 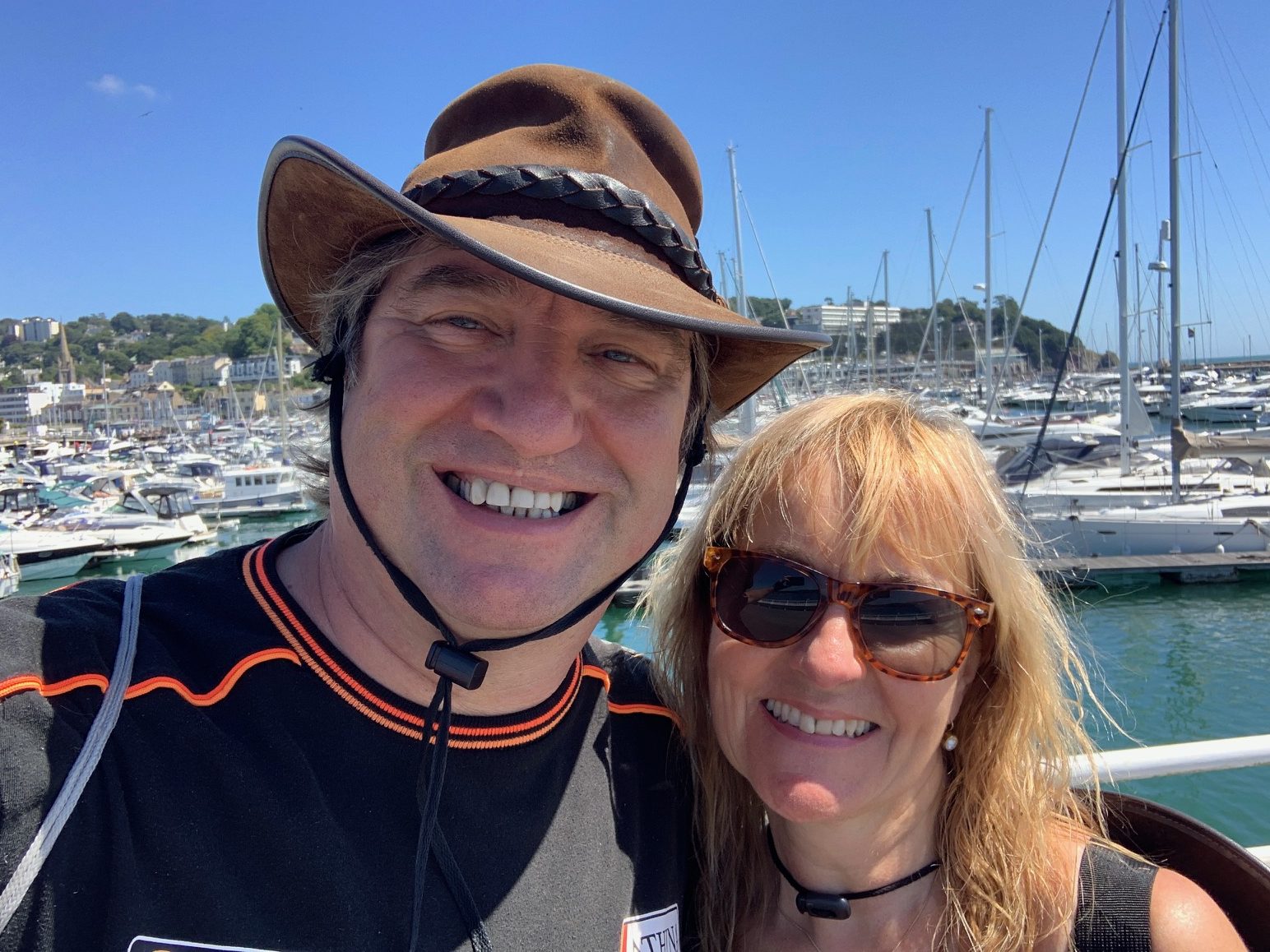 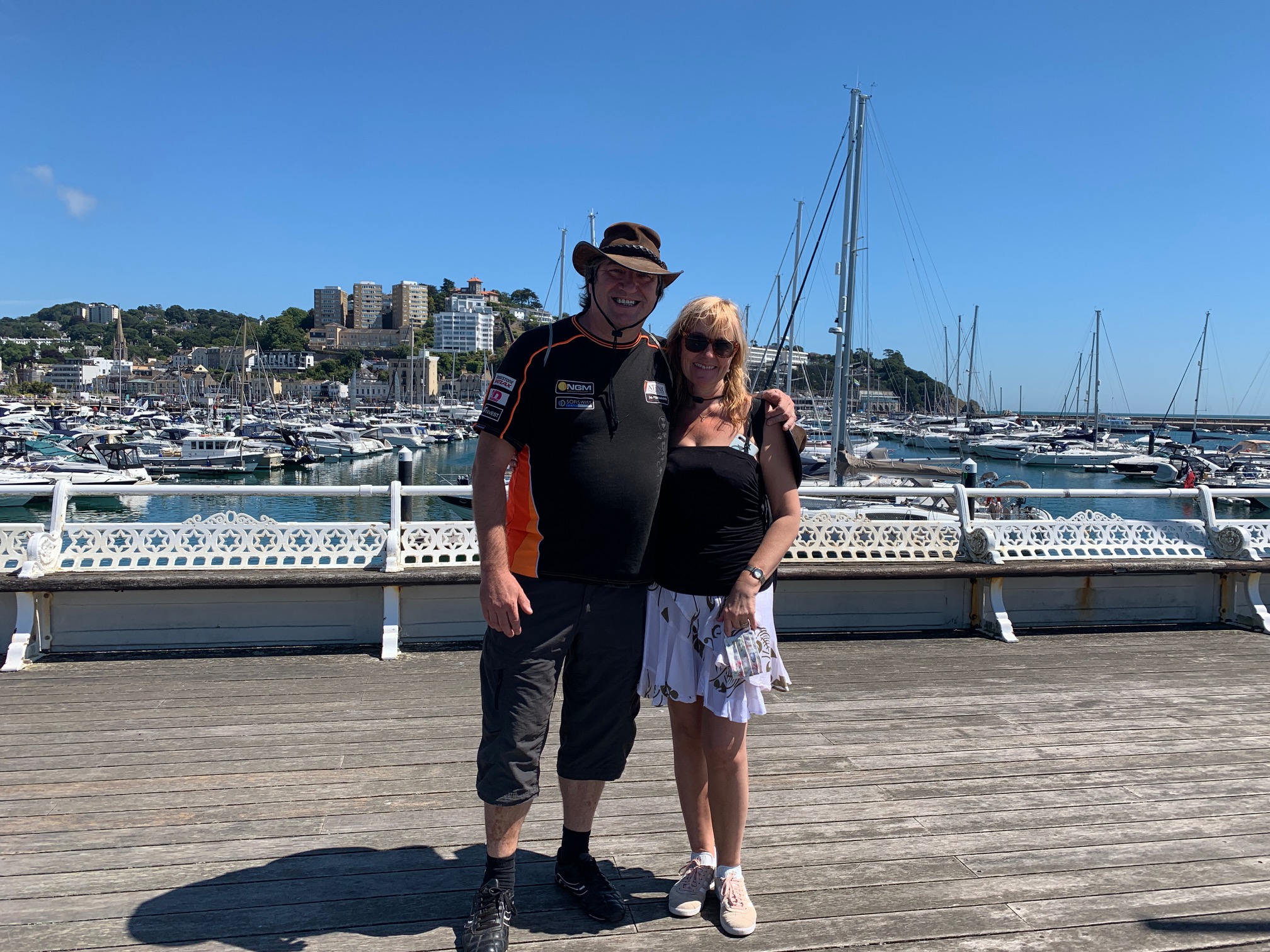 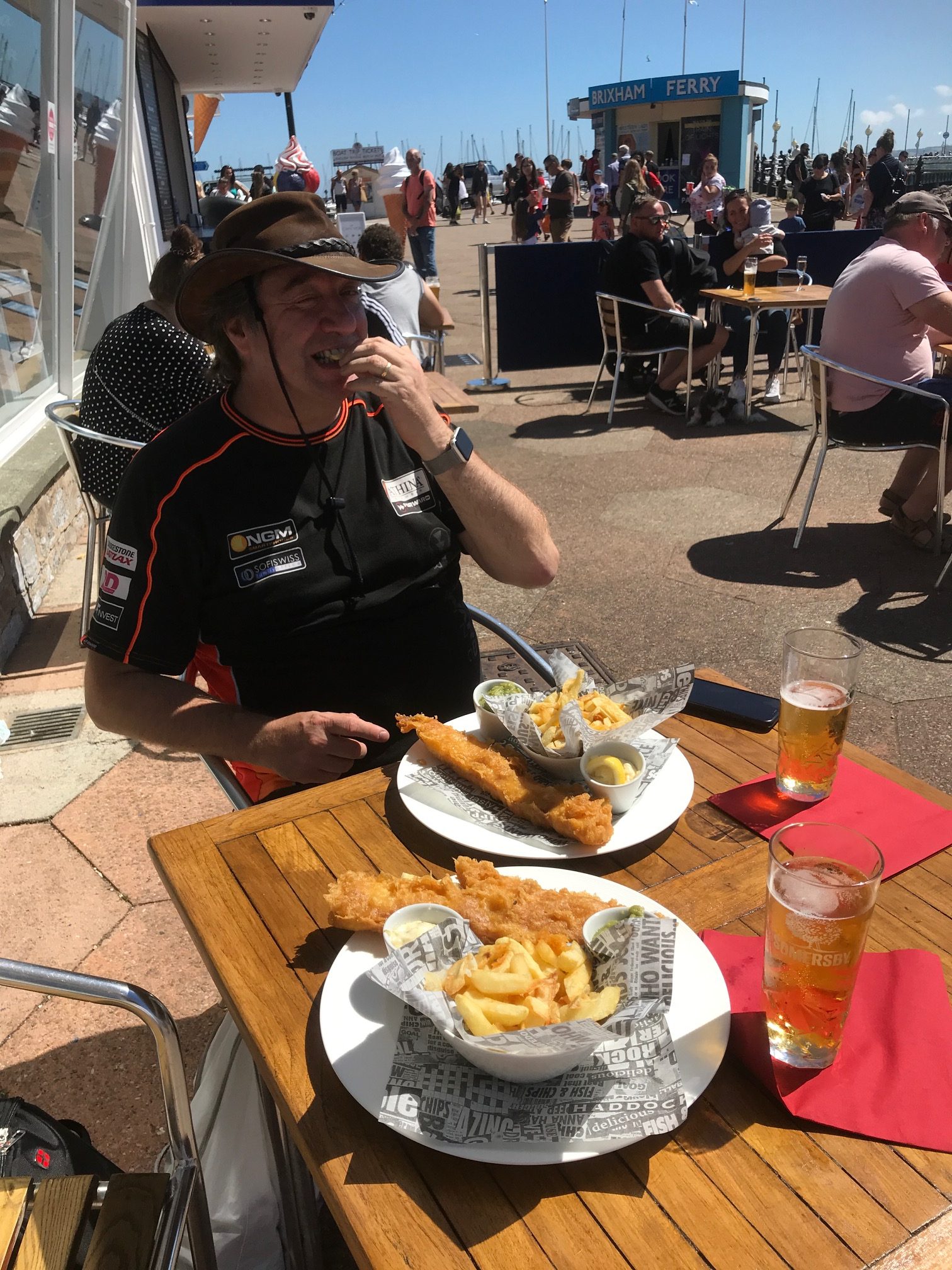 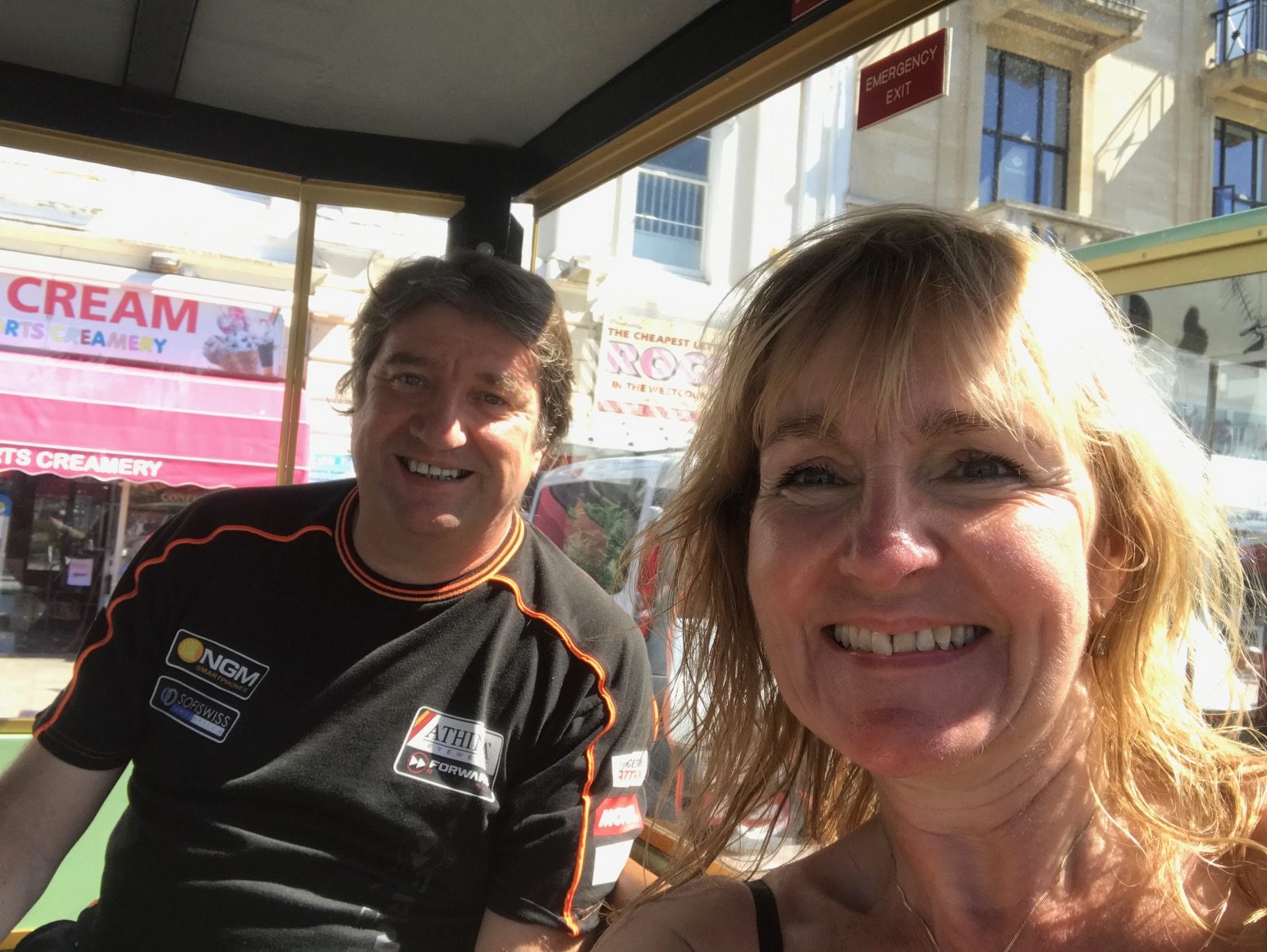 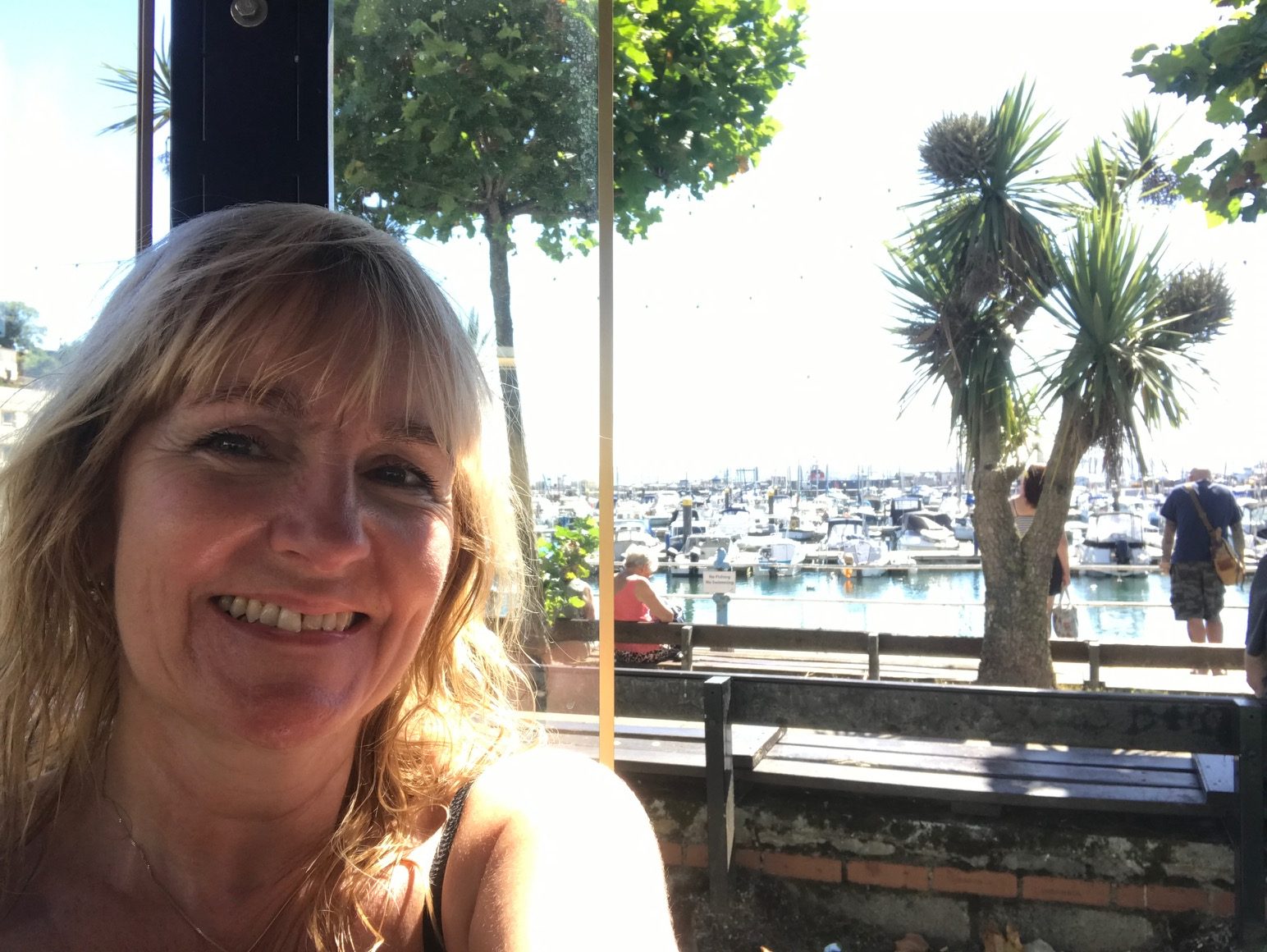 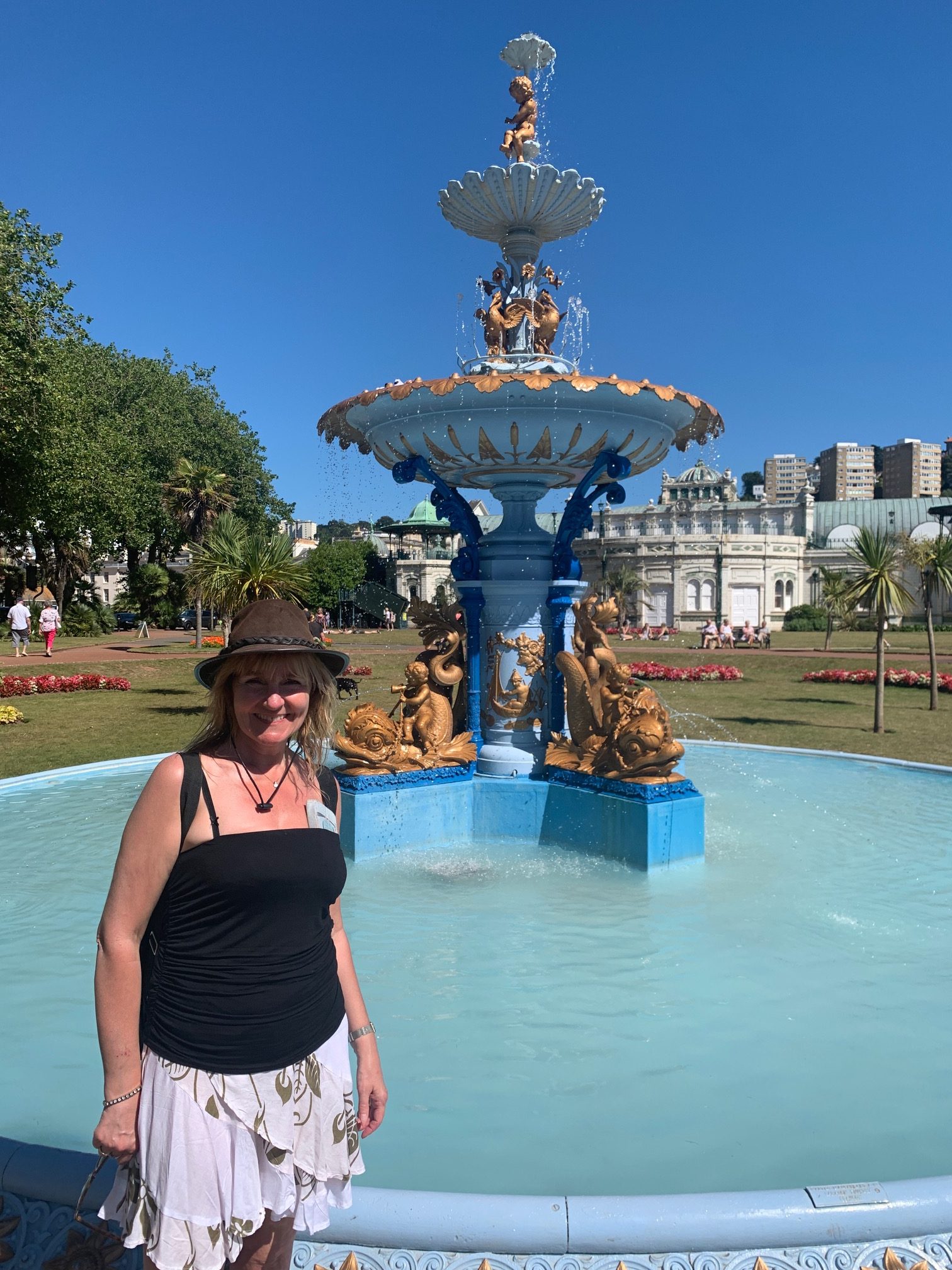 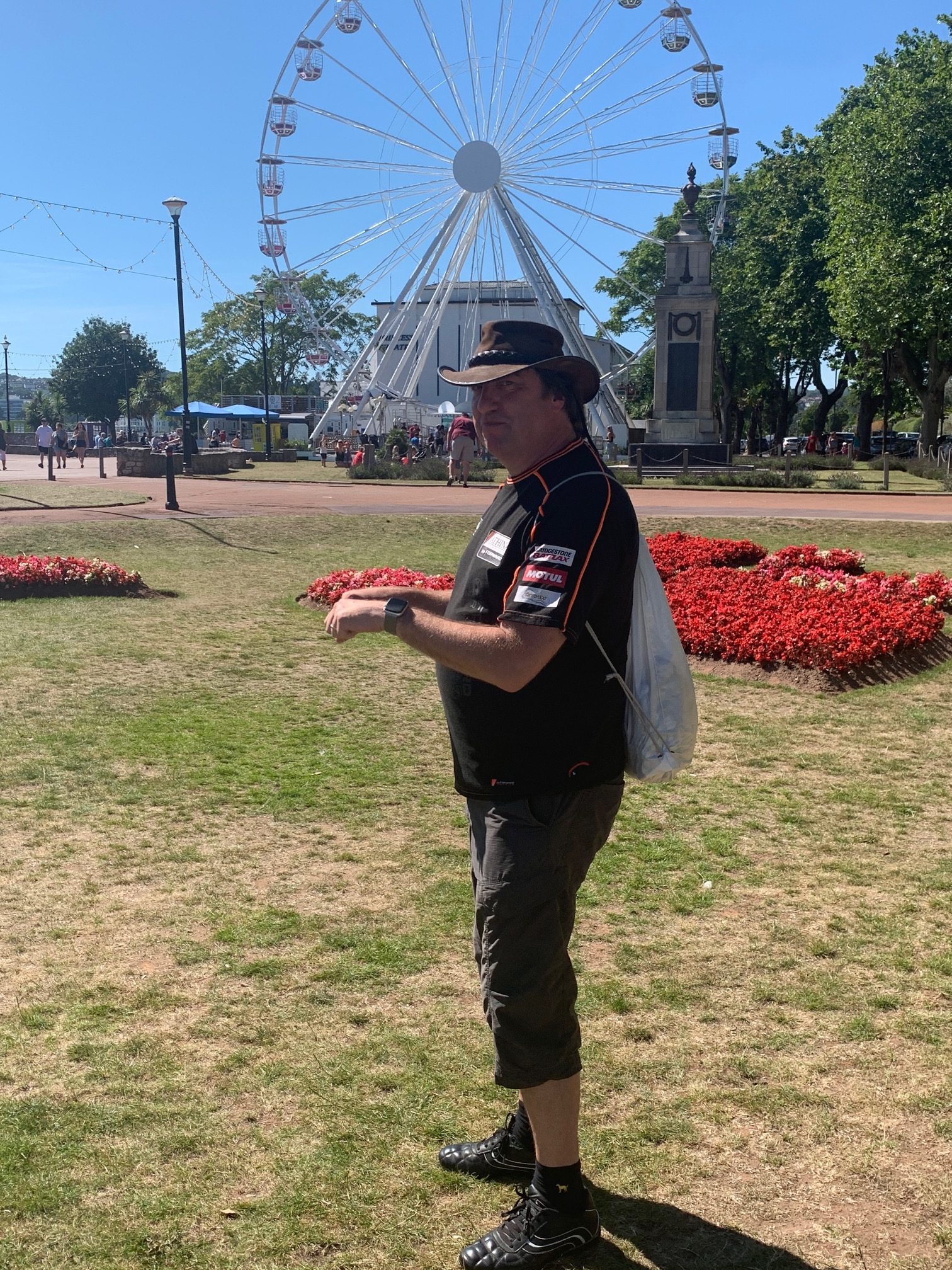